LED controllers for fish tank lighting (fresh and sea water) and LEDs are in stock and available immediately. Nonetheless, please plan your demands in good time.

On request, CoolTWILED 3.x SLAVE is available with fan ports (so that two additional fans can be connected per board).

If you have questions, please read the pages below “Available for ordering”. 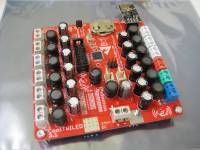 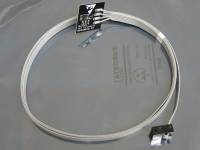 Fresh water and marine aquariums of our customers (built using our lighting controllers and LEDs).

No Internet connection is required for the basic functions. However, it is recommended so that the current time can be fetched via NTP at startup.

In addition, it is also possible to transfer the readings anonymously to a database on our server (location: Germany) and to have charts generated there. We will gladly activate this function for a small one-time fee, which covers our server costs. You may activate data logging at the top of the “Readings” tab.

Remote access from the Internet to the device is not possible at any time, i.e. no switching off or altering of any settings.

Each archive contains the firmware (ElecPow) and a flash tool for Windows (see below).

Once installed, later updates of the firmware can easily be done via the tab “WiFi / Firmware update”.

Never operate the power meter with its case open! Do not connect any programming cables while the device is connected to mains power!!!

For manual flashing with a programming adapter (e.g. “FTDI USB to TTL serial adapter”) the above download includes the flash tool esptool compiled for Windows and a batch file ElecPow.bat, which simplifies the process. 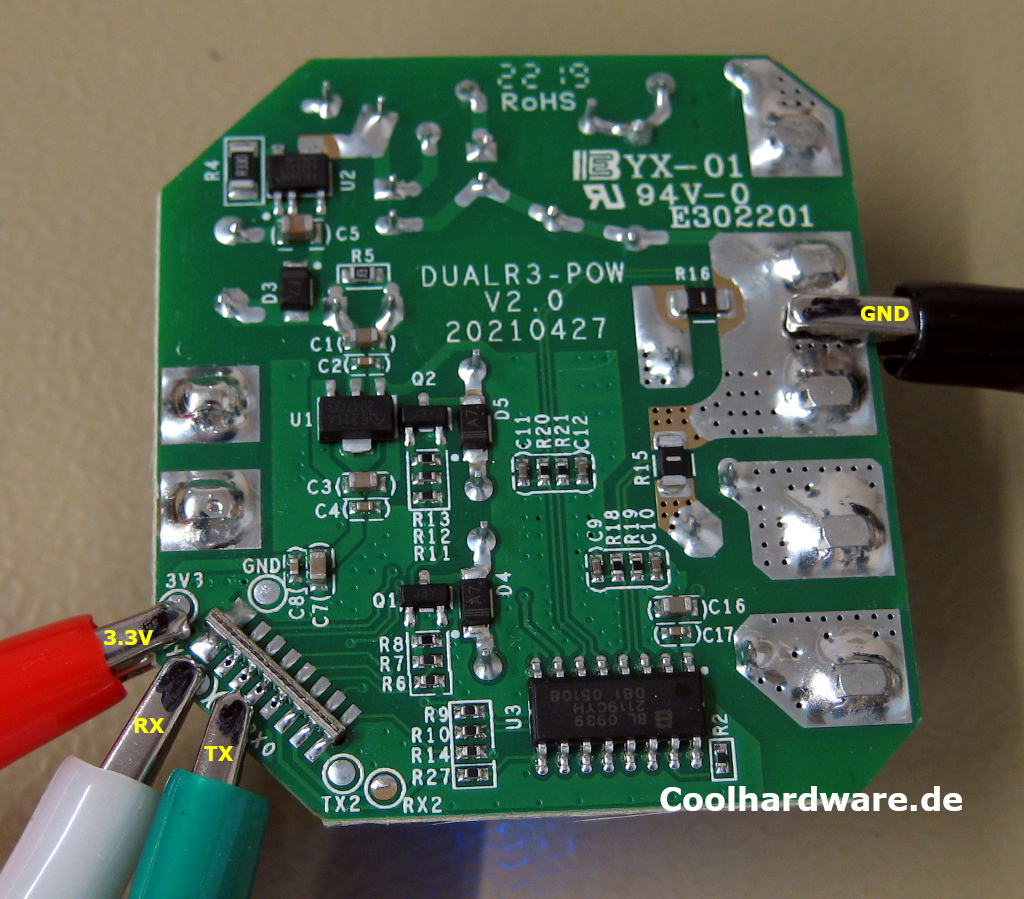 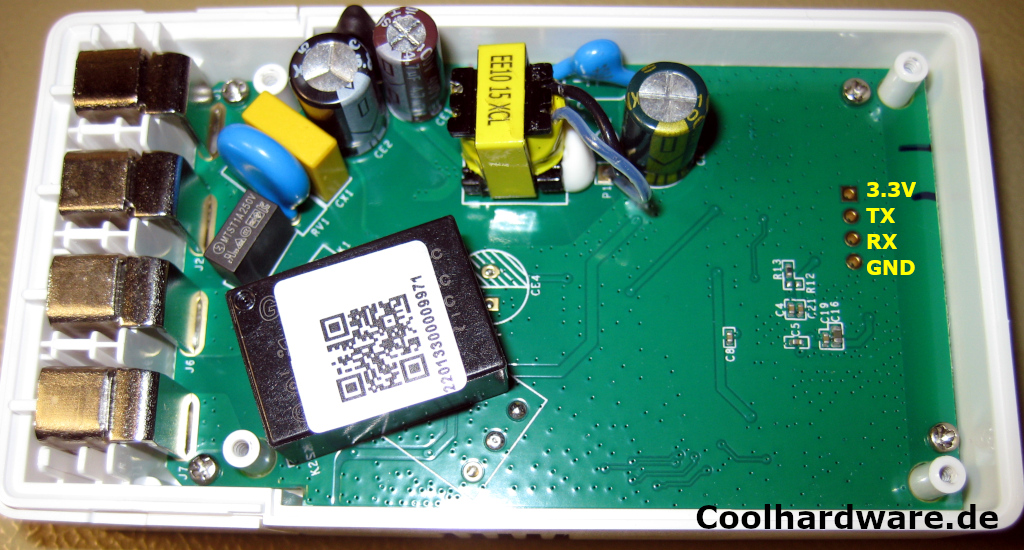 If you are using Linux instead of Windows, execute the following commands after installing esptool. Before each step, press and hold the button on the device and then reconnect the programming adapter to the PC. This is necessary for the chip to start in programming mode:

Install ElecPow (replace the .bin file name according to your needs):

Finally, we would like to emphasize that the device must not be connected to mains power with the case open and/or with programming cables connected!!!

If you are using Linux instead of Windows, execute the following commands after installing esptool. The programming adapter must be reconnected to the PC before each step. This is necessary so that the chip starts in programming mode:

Finally, we would like to emphasize that the device must not be connected to mains power with the case open and/or with programming cables connected!!!

As long as WiFi is not yet set up, ElecPow will, via WPS, search for an access point during the first few seconds after power on (press the WPS button on your router prior to connecting the device to mains power).

If WPS does not work, ElecPow itself opens an access point named ElecPow and the password Coolhardware.de The blue LED will then light up permanently. After connecting to this WiFi, access is possible via the address http://192.168.4.1. On the “WiFi” tab an existing network can then be selected and its password entered manually.

The blue LED will turn off once WiFi has been set up correctly. The device then can be accessed there (locally) by browsing to http://elecpow.local.

To force a reset to default settings, press and hold the button on the powered up device for about 5 seconds. Subsequently, all settings including the WiFi data are erased. You can set up the device again the same way as described above.